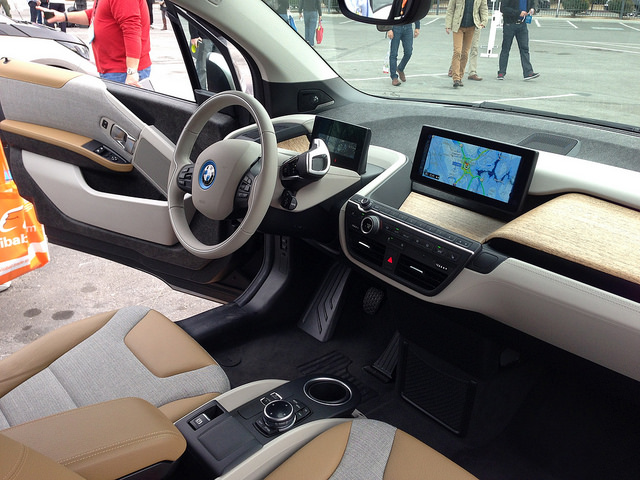 This week, Apple’s Tim Cook told the car industry to “expect massive change” as Apple leads a fresh assault on the car market. But his comments, while substantiating further the rumours around his company’s research into the car market, merely cause a ripple in a digital segment that is rapidly undergoing change. Here’s five reasons why:

Long before even personal smartphones hit the market, mobile connectivity in the eighties meant car phones. And the phone cradles with phono leads into the back of the car stereo gave way to hands-free bluetooth compatibility. Yet this is nothing to how the connected car has already began to evolve.

Most new vehicles have a screen of some kind, and both Apple and Google have already got in on the act with their respective Apple CarPlay and Android Auto. Many new car manufacturers support these interfaces and can provide a Wi-Fi hotspot for passengers too. But that’s just connecting you with your car. Real-time telematics will be shared with manufacturers, insurers, government, even other road users to improve reliability and safety as well as pay for use of the roads themselves.

Google’s self-driving programme is relatively well known. Their Lexus 450h hybrid prototypes are now accompanied by their own prototype electric vehicle which in Google’s words, is “designed for riding, not driving”. These have clocked up the equivalent of over 90 human years of driving.

But Google isn’t alone, and while they, like Apple, have great pedigree in disrupting established verticals, the car manufacturers have plans of their own. Audi’s A7 saloon was demonstrated at this year’s CES, where it made a 550-mile driverless trip from San Francisco to Las Vegas to attend the show. Ford adapted a Fusion Hybrid model and its CEO, Mark Fields, predicted we’d see them on the road by 2020.

In the interim, expect automated driver assistance technology, such as emergency braking, lane assist and self-parking to continue to grow. Another step before we get fully driverless might also be road trains on motorways or freeways. Here, cars follow each other closely for better fuel economy, while improving capacity and efficiency on ordinarily busy roads. Motorways are arguably easier to implement the tech, since the number of hazards – such as children crossing, cyclists and slower-moving traffic – is minimal.

15 years ago, as Europe steadily increased its appetite for diesel, hybrids first appeared while electric vehicles remained an incredibly rare and niche choice. With the recent Volkswagen diesel testing scandal and worry over diesel particulate emissions, it’s all up for grabs. In the last year in the UK, electric vehicle sales have soared by 350%. But hydrogen options are also emerging. London is due to get 12 Toyota hydrogen fuel cell cars for trials, and its growth is only currently limited by its infrastructure – just 14 filling stations are available in the UK alone. Hydrogen is behind electric but it’s just months before the public can use it.

The way we buy, use, maintain and share our cars will change rapidly too. Thanks in part to the rise of the car clubs in cities, such as Zipcar, EasyCar, Hertz 24×7 and even the all-electric E-Car club, services where we use the car for periods of time will continue to grow.

This could evolve into a tiered arrangement with manufacturers, with a mix of people buying cars outright, leasing them short-term and paying for use by the hour. New digital ecosystems could form, such as one where owners providing car sharing for friends and colleagues can earn points for their efforts, lowering the cost of their motoring. Own a self-driving car? Then while abroad on holiday, your car could earn its keep by ferrying others around in your absence.

Currently a controversial area, thanks to new upstarts Uber and Lyft, the market will nonetheless mature. The reason for this resolution is simple: demand. Uber’s growth is amazing; apart from spreading their offering to a number of cities, they’ve also added additional products, such as the lowest cost Uber X. Key to Uber’s success is its drivers, and this is where people are discovering how to change the financial liability of their own vehicle into something that actually earns cash for them.

Car sharing will expand too and is a market arguably waiting for more innovation. LiftShare is arguably one of the larger ones – one that I use in fact – but with governments considering potential taxes on company parking spaces, future incentives to cut congestion and save money will help us all get around.

So Tim Cook has made a decent prediction. Our motorised transport will be undergo a total revolution and it will be driven – literally – by digital technology.