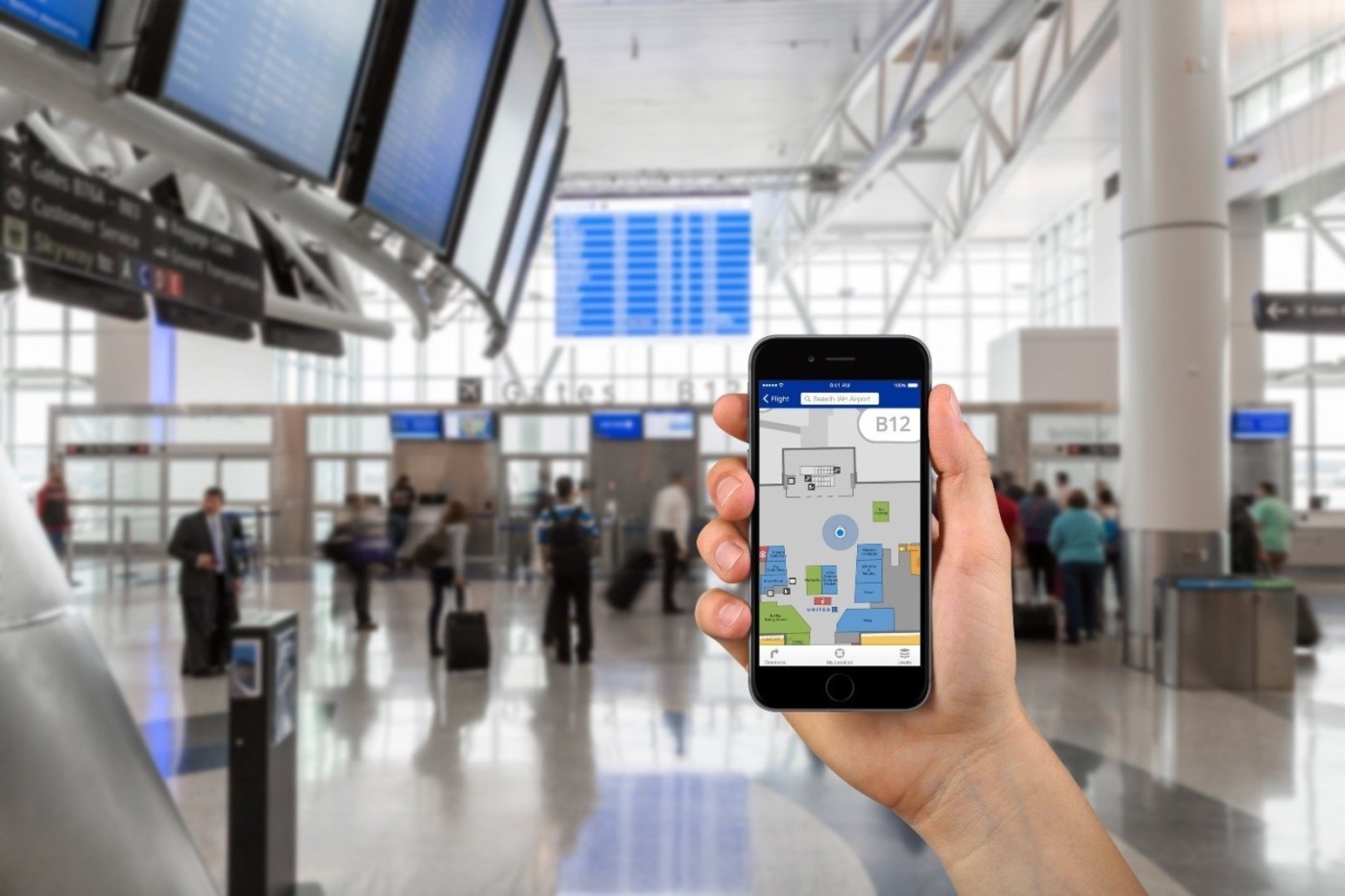 One of my firm beliefs is that technology should be accessible for all, not just those who have the ways and means of accessing it. Increasingly, demand should not be placed on the user to help themselves but instead, augment and support their experiences; for example, requiring a user to download an app. But there are some groups of people for whom we can’t reach very easily.

There is, I believe, a measurable correlation between technical capability and understanding and/or confidence of using various transport modes, as shown in my (slightly crass) thoughts pasted below: 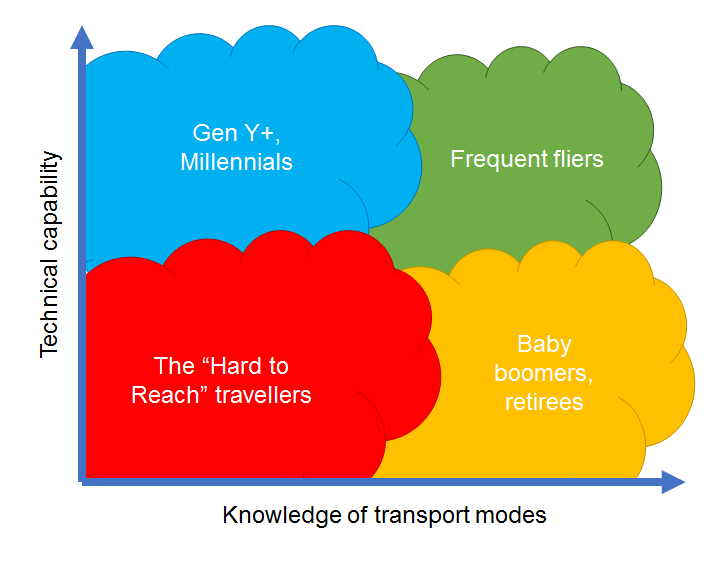 The other groups I’ve separated – very generally – by age and experience. This is a broad and not necessarily accurate way of measuring digital capability, but experience is more reliable assuming that older, more wealthy people have both travelled and adopted digital devices. Millennials will undoubtedly be well-connected but may not be as experienced at travelling, whereas the so-called Baby Boomers, who, while more senior, in retirement generally have wider access to travel.

Frequent fliers occupy the upper-right of the chart, and this is nub of my point: the people regularly passing through airports, or indeed, undertaking any multi-modal journey, have both the best devices, connectivity and experience – but are the least likely to require it given their expertise. Business travellers like to be left alone generally. What this means is that for tech companies offering up wayfinding or support solutions for those who most need it, they need to consider the technology penetration of these most needy end-users.

A couple of years ago, I was introduced to a startup who had done some interesting work with embedded beacons in small and medium-sized outdoor screens. An app on your phone could flash up content on a screen when its beacon was detected via the app, and their working use case was for wayfinding: you’re lost in an airport, and by opening the app and approaching the screen would change the display to show a map, and your current position to orientate yourself.

It was an interesting concept, but straightaway I was thinking: “what if you don’t have a device?” So I asked the question, and the penny dropped; the startup developer team hadn’t considered it previously. The root issue here is that, in most circumstances, those people who are lost may not necessarily have or know how to use the right technology to locate themselves.

So what is the solution? Well, you could wait for adoption to gradually increase. But that’s immediately under pressure from the Technology Acceptance Model, as shown here:

There’s a lot we could discuss from this flowchart, but the short answer in our wayfinding use case is that the moment someone is lost and needs support, but does not have the technology readily available, is the point at which the opportunity vanishes. It’s arguable that later on, hard-to-reach travellers might, if they can, download an app to avoid facing the problem again in the future, but with the problem assumed solved, they’re unlikely to do so.

My thoughts are that we can apply technology to support those hard-to-reach travellers, but it must be an extremely light touch, completely non-instrusive, native to them (in terms of language and culture) and require zero pre-requisites from the passenger before travel. Directional audio and floor projection are two wayfinding ideas in which you don’t need a device, thus democratising and widening reach.